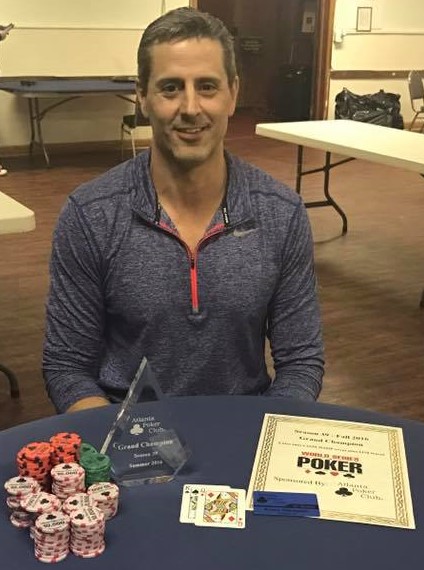 Congratulations Eric Chelekis! Out of the 407 players that qualified, 181 came to play! The APC $1,715 Grand Championship was held on Sunday, November 13, 2016 at the American Legion in Duluth.

and the Grand Champion – ERIC CHELEKIS!

How long have you played with the APC?
I started playing in the APC 8 years ago.  I hadn't played for about 4 years and started back regularly 2 years ago.

What do you think of your APC experience as a whole?
I really love playing with the Atlanta Poker Club.  I've met a ton of really nice people and have made some very good friends.  It's a great place for new players to hone their skills and learn the game as well.