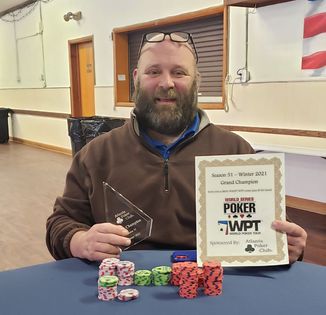 Congratulations AARON ARLEDGE! Out of the 261 players that qualified, 127 total players came out to play with 70 players in Flight A and 57 players in Flight B! The APC $1,715 Grand Championship was held on Saturday, March 20th for Flight A & B at the American Legion in Duluth. Chips were bagged and play resumed on Sunday, March 21st with 29 players.
To qualify for the Season Grand Championship you had to finish: