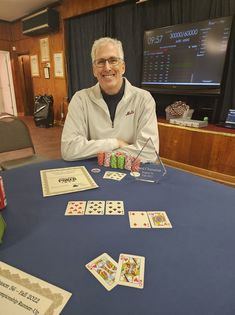 Congratulations ALAN WOLFE! Out of the 307 players that qualified, 165 players came out to play! The APC $1,715 Grand Championship was held on Saturday, November 19th, at the American Legion in Duluth.