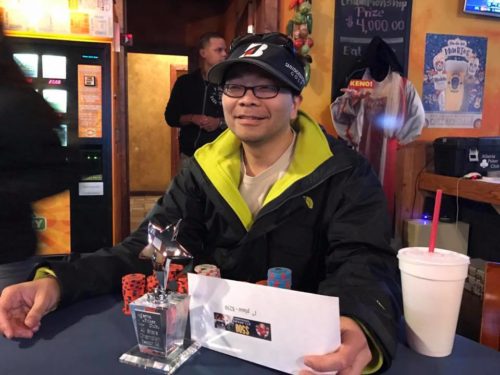 The Season 39 Fall 2016 $500 AllStars Tournament was held on Sunday, November 20 at Del Rio Mexican Grill in Dacula. To qualify for the prestigious AllStars Tournament you needed to be 1st or 2nd in points at any qualified venue at the end of the season, Monday, October 31, 2016.

106 players qualified and 78 players made the trip to Dacula. It was tough competition!

CONGRATULATIONS to SQUADUSCH and to all the AllStars!