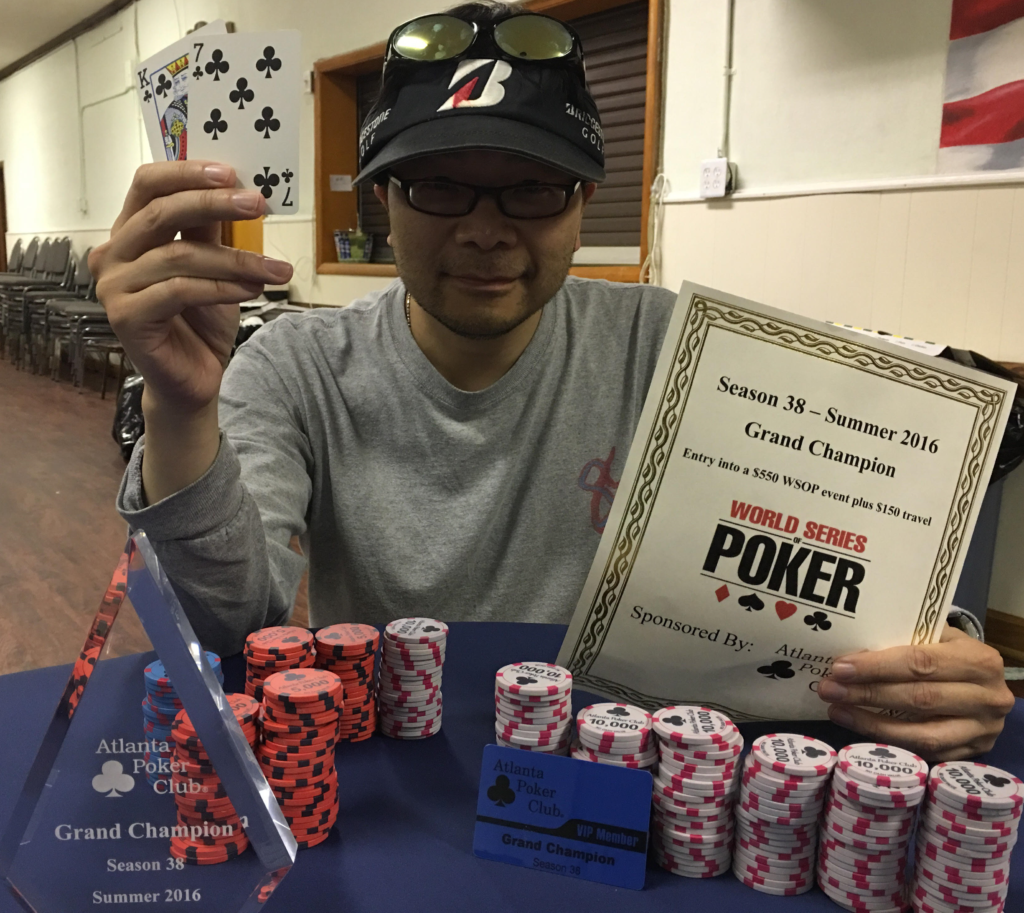 Congratulations Steve Quach! Out of the 396 players that qualified, 202 came to play! The APC $1,715 Grand Championship was held on Sunday, July 17, 2016 at the American Legion in Duluth.

How did it feel to win the Grand Championship for the second time?
It was very gratifying. The first time was always very special because I came so close several times before. The second time, throughout the final table, I did not even think about it. I was lucky we got to the final table with stacks deep enough to play and favorable table dynamics. It did not really hit me until it was over because I realized it is extremely hard to win one let alone two especially with over 200 players..

What do you mean table dynamics? How was it favorable to you.
Table dynamics consists of game flow action until that time and what I think my opponents perception of me. There were a lot of Del Rio players (Kudos to Del Rio Venue) that I have not played with before. I only have limited sample time with them at the final two tables to adjust accordingly. The table was very chatty. I love talkative players. The more chatty they are the more they give away information.

Has your strategy in these APC events/casino events changed over time?
Absolutely, it changes every tournament, every new table arrangement, final table etc. Phil Ivey said that he comes to each tournament with no specific game plan and adjusts to how people play against him. Phil Helmuth said that the most common time for people getting busted is coming into a new table.

What goals do you have left in the APC?
I don’t have any specific goals in mind, but it would be extra special to win the Tournament of Champions and the APC $10,000 Main Event. Other than that, my internal goal for myself is to continue to improve because there is always room for improvement. As soon as you think you are good and have the Game figured out, then the Game will pass you by.