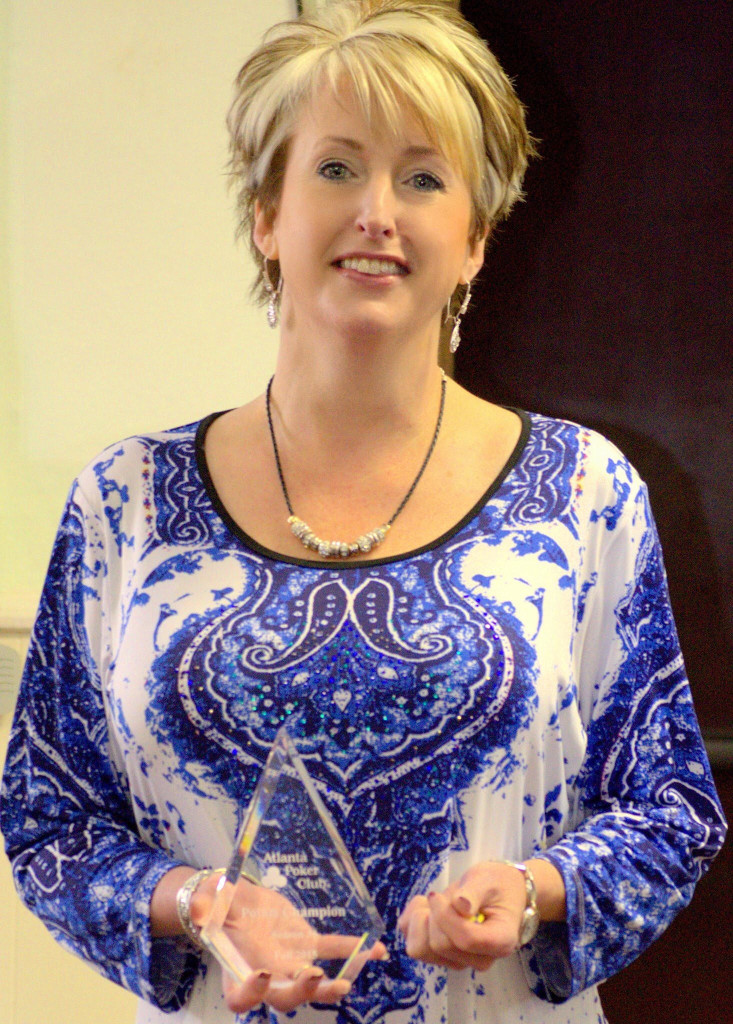 How long have you played Texas Hold'em?
I started playing in 2010 with a different league and decided to try APC in January of 2012. It was a Saturday night game at Del Rio, which is still one of my favorite APC venues. It didn’t take long to feel like I was part of the APC family.

What is your secret to getting the most points in a season?
I don’t think there is a secret. Obviously I played much more than I usually do, but I also found myself at more final tables and in the top 3 more than I did in previous seasons. Not only did I have a personal best for number of wins, I also realized that second and third place points really add up.

How have you changed your game since you started playing?
I have definitely learned a lot about the game since I first started playing. I consider more than just my hole cards when playing a hand. I have learned to think about position, how some of the other players at the table are playing, how many chips it will potentially cost me if I do not win the hand, and many other factors. I have been told many times that I need to be more aggressive and I am trying, but I know I have a long way to go.

Was your goal when you started the season to have the most points?
No, that never even crossed my mind until later in the season. I found myself in a position where I could play more and I was honestly just having fun. Once I realized I had jumped into first place on the leaderboard, I thought I might as well go for it.

As you accumulated wins and amassed more points, was it easier or harder to win?
It’s never easy to win. I had people congratulating me late in the season and I knew it was not over and that I could still be bumped out of first place. I just kept playing my game and having fun.

Any advice for new players?
The best advice I can give is to always be willing to listen to advice from good players. There are many players in this league I highly respect and I have paid attention to things they do and to any advice they have given me. I want to continue to learn and improve my game and always appreciate great advice.

What are the most important elements of playing at the APC for you?
APC is structured better than other leagues I have experienced. Having a maximum amount of additional chips is one example. It makes it more of a level playing field and reduces the number of chasers. I also like the variety of tournaments at the end of each season such as the Grand Championship and AllStars in addition to the Venue Championships. The public recognition in the APC facebook group is something we all love. Of course the entire APC staff, TDs included, is absolutely wonderful!

What are your goals in the APC?
This will be my first time playing in the Tournament of Champions so my immediate goal is not to be the first player out. Long term goals are mainly to continue improving my game and one day winning an APC special event.