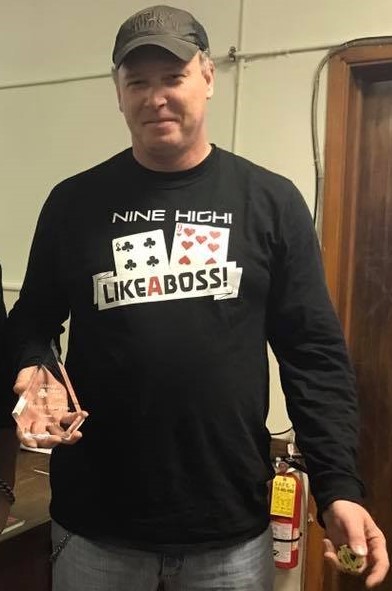 How long have you played Texas Hold'em?
10 years

How long have you played with the APC?
Started in 2009, then took a 7 year break due to some personal problems. Decided to start playing again in 2016.

What is your secret to getting the most points in a season?
Stay away from the larger venues like Gino's and Del Rio. These are great venues just not the easiest to get points

How have you changed your game since you started playing with the APC?
Opened my range up a little.

Was your goal when you started the season to have the most points?
Not at first. I saw I was in the top three and figured I'd try it.

As you accumulated wins and amassed more points, was it easier or harder to win?
Harder I think because I was over thinking it.

Any advice for new players?
Be patient.