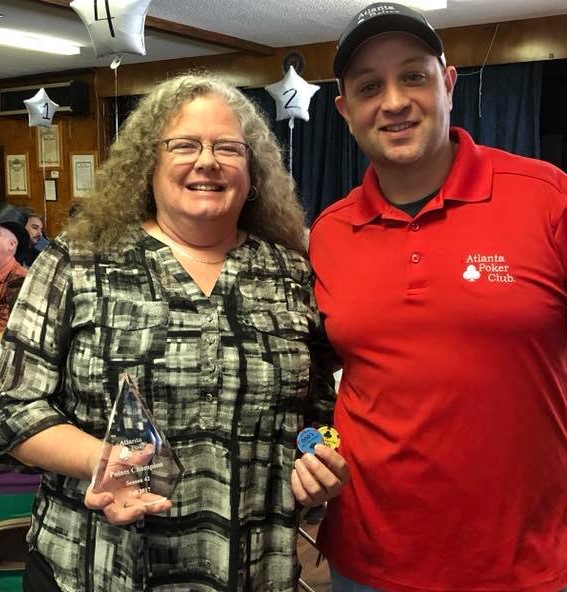 How long have you played with the APC?
I started playing APC tournaments Summer 2009. I played for 3 1/2 years before travelling for work made it nearly impossible to qualify for events.

Was your goal when you started the Season to have the most points?
No, but, I did make it a goal to win tournaments and I gave myself one Season to play all the poker I could stand. About half-way through the Season I got my first win since returning to the APC and then the wins kept coming. About a month before the Season ended I hit a run of wins, one each day for four days in both Hold'em and PLO. That is when I decided to really go for most points.

What is your secret to getting the most points in a season?
It's no secret. I played every day that I could and moved on to the next tournament if I busted out early.

As you accumulated wins and amassed more points, was it easier or harder to win?
Slightly easier, mostly because players became familiar with me and knew I meant business if I was in a hand.

How have you changed your game since you started playing with the APC?
It's been a progression over the years from simply playing the cards I was dealt, to playing fewer hands in better position, to betting and calling appropriate to the odds of getting the best hand, to finally playing the player and the situation.

Any advice for new players?
Playing APC tournaments is a great way to learn the game and prepare yourself for casino tournaments. Ask questions, pay attention, and be patient. Learn to be a poker player, not just a gambler.