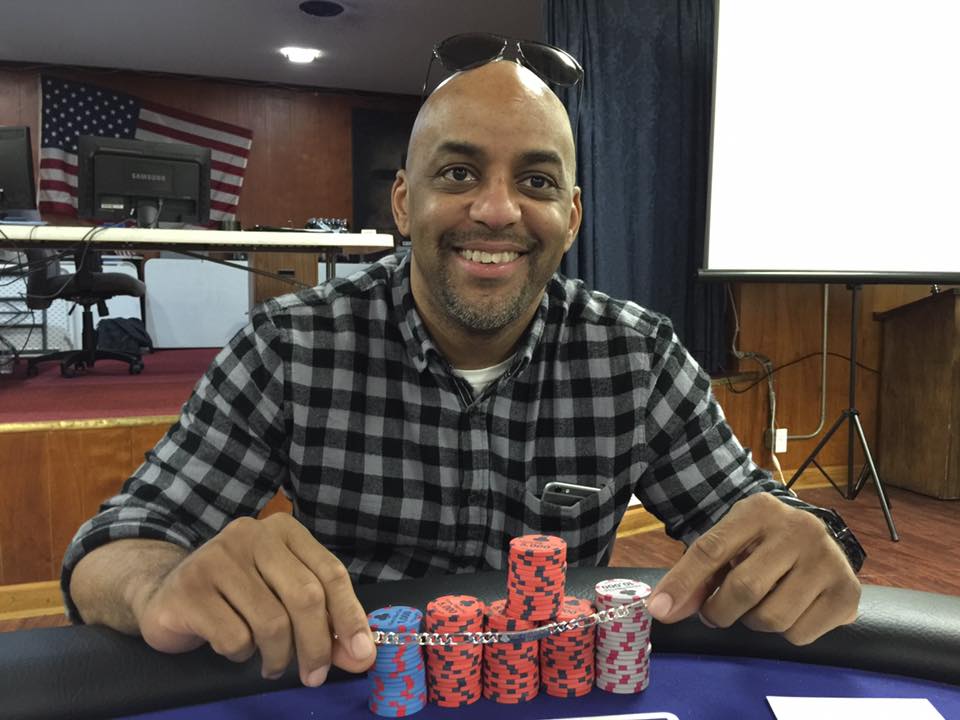 This was the Fifth Annual Tournament of Champions, which was Champions against Champions!

The Tournament Of Champions was held at the American Legion on Saturday, January 16th, and featured our APC TV table.

94 Players qualified and 54 came to play.

It felt incredible to win the TOC. It was a tournament that I really wanted to win, so I am very happy about accomplishing that goal.

How has your play changed over the years?
My play has changed drastically over the past few years. I'm more confident, I have a better understanding of poker fundamentals like math, position, and reading opponents. I have also improved in a few mental aspects like not going on tilt and stack envy and learning from mistakes.

You've moved away from Atlanta and close to casinos. How often do you play in the casinos?
On average I play in casinos about 3 or 4 times each month.

How does your play change when you are in the casino events?
In the casino, I don't drink. I'm more focused, I play a lot tighter and more aggressive. No limping in out of position with marginal hands.

What is your advice for new players?
Play fewer hands (folding is good). Pay attention to the action when not in the hand. Find a veteran APCer who consistently plays well and pick his or her brain.

What goals do you have left in the APC?
My final APC goal would be to win the $10,000 Main Event for a WSOP main event seat.