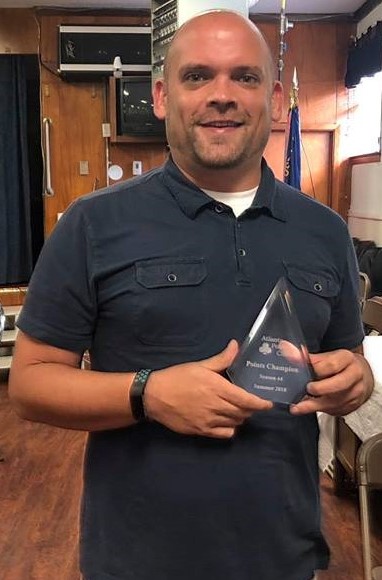 How long have you played Texas Hold'em?
Around 3-4 years total.

How long have you played with the APC?
2.5 years

What is your secret to getting the most points in a season?
Playing slow and playing in as many games as you can.

How have you changed your game since you started playing with the APC?
I learned to play slower and not as many marginal hands.

Was your goal when you started the season to have the most points?
No, I got lucky early in the season and started out in the top 5 so it became a goal several weeks into the season.

As you accumulated wins and amassed more points, was it easier or harder to win?
Much harder. I had competition playing everyday trying to catch me which made it harder and more fun.

Any advice for new players?
Never play Q9 or J8 (two of the worst hands in poker). Inside joke a few will understand.