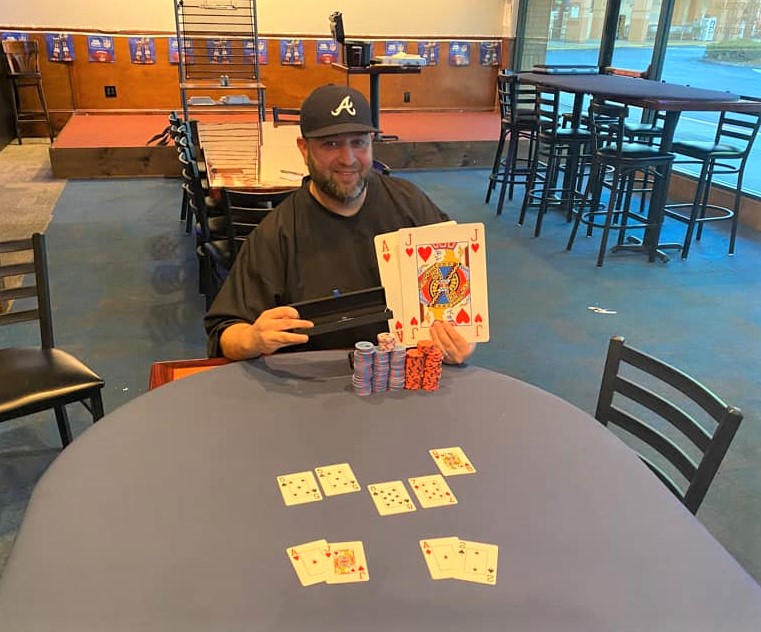 This was the Eleventh Annual Tournament of Champions, which was Champions against Champions!

The Tournament of Champions was held at Dillon’s Sports Bar on Sunday January 8th, 2022!

The winner received $125 and the Atlanta Poker Club TOC Championship Bracelet, a one-of-a kind award given only to the TOC Champion. The winner also has their name engraved on the TOC Champions plaque which hangs at the APC headquarters and will also be on display at special events to showcase the greatest players in APC history!
2nd Place – $100
3rd Place – $75
4th Place – $50