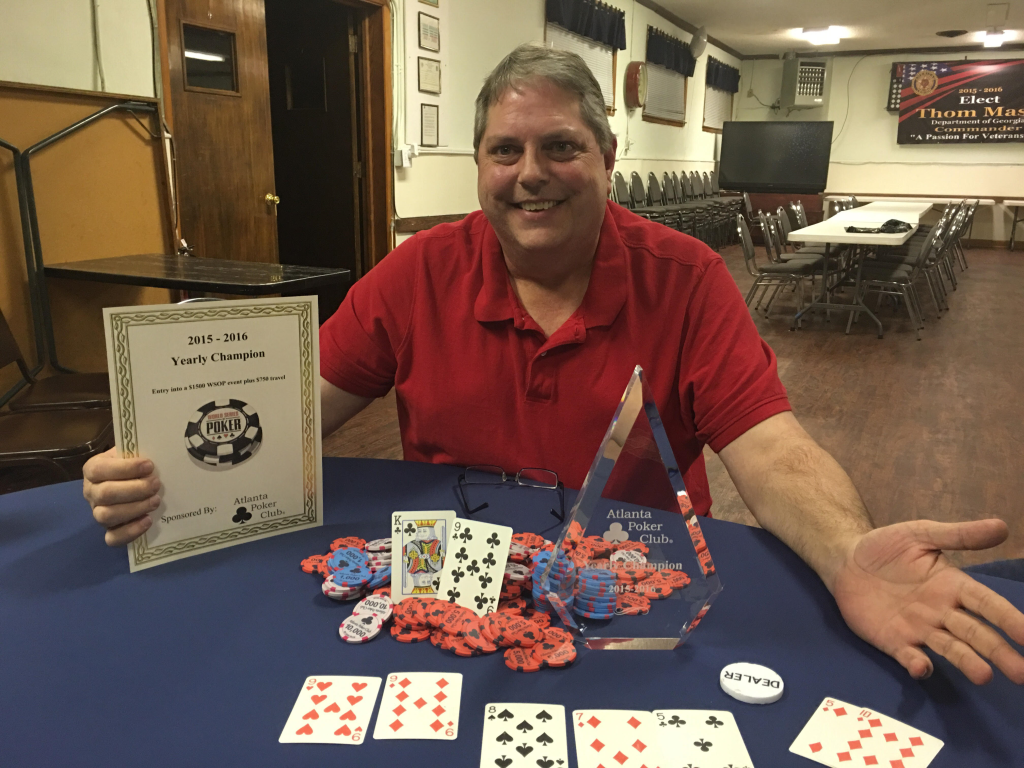 The APC Yearly Championship tournament is designed to award a $2750 WSOP Package, and it played at the conclusion of the Winter Season, which ended February 29th. The Yearly Tournament combined winners from across all three seasons of the APC year: Summer Season ’15, Fall Season ’15, and Winter Season ’16.

To qualify you needed to:

Tournament Event was 1:00 p.m. Saturday, April 3rd, at the American Legion in Duluth.

101 players came out to compete! Camaraderie among the players added to the fun.

BARRY JOHNSON, took it down! CONGRATULATIONS! BARRY earned a place in the APC Hall of Fame.

Also, congratulations to all the qualifiers who played well for three full seasons!