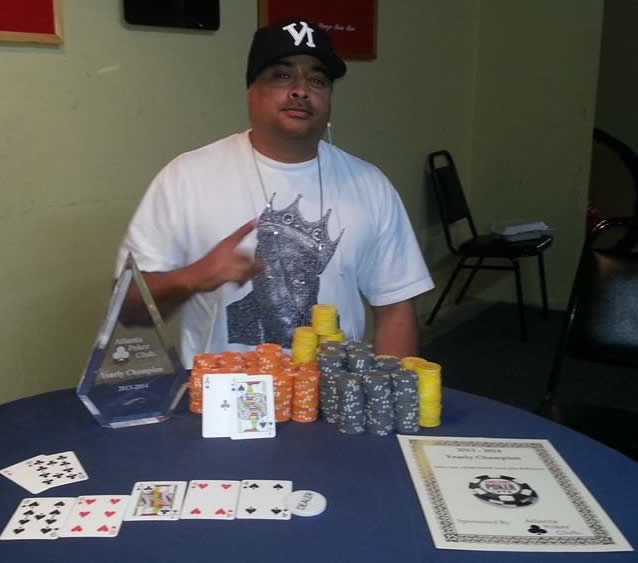 Marcos moved to Atlanta in 1993 from St. Croix, Virgin Islands. Marcos has been playing Texas Hold'em since he started with the Atlanta Poker Club in 2005. He got into playing poker by playing a game popular in the Virgin Islands called Braggs. Braggs is a 3-card poker game and similar to Texas Hold'em.

Marcos enjoys spending time with his kids, and their interests include sports and computers.

Who is your favorite Poker Player?
I can't say that I do have a favorite. I learned a lot from the poker players in the APC...I learned from all types of APC players.

Who has influenced your play the most?
Watching the World Series Of Poker and the World Poker Tour...watching the professionals.

What have been your goals in the APC?
My goal is to win all the major events including the AllStars, the $10,000 Main Event and even the Tournament of Champions.

Advice for new players?
Definitely practice and learn as much as you can about the game and adapt to different playing styles, and do not go on tilt, and have fun!

I enjoy playing with the Atlana Poker Club. A well run league. I appreciate the Tournament Directors and I give a lot of credit to those that deal and play. I enjoy the league and hopefully will win some more.